I realize this may sound silly and vain but I am going to just bring it out here in the open. A major insecurity of mine for several years now has been my hair. My lovely genetics ( thanks, mom) have gifted me very thin fine hair.

I did not always have the insecurities with my hair that I have now.

In fact, in high-school, if you would have asked me what my favorite features were, I would have told you my eyes and my hair. I spent a lot of time on my hair ( Hello 80’s) and it was one thing that brought me attention from others and let’s be real here and say most high-schoolers- want attention. 😉  I received compliments on my long curly hair. While it was fine, I had a lot of it. Junior high and early high school years, I would get up before the sun and spend over an hour each day washing, curling, teasing, etc. During my later years in high school, I did not put as much time into all the teasing and hair-spraying but it still was a big part of my getting ready routine.

Junior high and early high school years, I would get up before the sun and spend over an hour each day washing, curling, teasing, etc. During my later years in high school, I did not put as much time into all the teasing and hair-spraying but it still was a big part of my getting ready routine.

After I had my first child I noticed I was losing a lot of hair. I was assured by my doctor that was completely normal and happens to most woman after pregnancy. I spent several years close together being pregnant so my hair would be nice and thick during pregnancy and then I would again notice it thinning out. After my third child was born I remember noticing when he was about a year old that my hair continued to be thin and I was not growing much back. I also noticed my hair not really growing past a certain length. By the time my son was three I knew I was going to have very thin fine hair for the rest of my life. My mom has it, so I knew.

Again, I know this sounds vain, but I have cried over this. I have tried having cute short hair cuts and I just don’t like them. I have tried growing my hair out and it always looks like a stringy mess. I never feel 100% pretty. Doing my hair makes me sad, so 90% of the time it ends up in a clip.

In the last year, I have worked hard on getting into the best shape of my adult life. I have made some major lifestyle changes and I am pleased with my body. For the first time EVER in my life. When I get ready to go on a date with my husband I will get ready and be happy and feel pretty for him. Except for my hair.

Over the last several months I have researched several hair options. The two types of extensions that caught my attention the most were clip in hair extensions and hair toppers, which are basically wigs. Both scared me and made me think two things. Hair extensions—-

Hair extensions|41-year-old looking silly trying to look 20. and Hair topper—-only old woman and those with medical issues wear them.

Hair topper|Only old woman and those with medical issues wear them.

Boy, was I wrong. There are so many options to pick from and I learned there are a lot of other woman struggling just as I am with thin fine hair.

I decided to try clip in hair extensions first. I like the fact that they are removable and not something I am stuck with for months if I don’t like them ( permanent hair extensions). My biggest concern was/is placing them in right so they don’t look too fake.

After hours and hours of research, I decided on Cashmere hair extensions. The company was once featured on Shark Tank and all the reviews I read were positive. 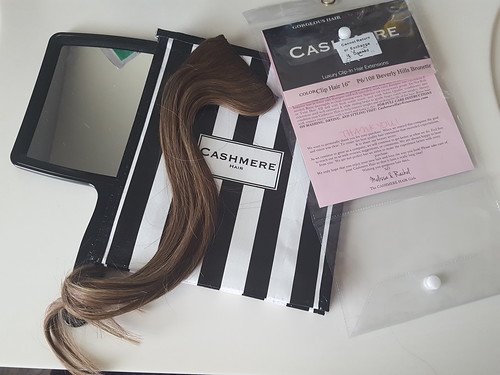 Here is my first time trying them out. They are so soft. I love them. I was pretty nervous about putting them in but I watched a couple tutorials on Youtube and found a couple videos that show how to specifically put them in thin hair. They were very helpful and I think with practice I will get the hang of it pretty quickly. They are fast and easy to put in. The trick is to make them look *not fake.*

Right now you can tell I have them in only because I have to go to my stylist to get the color of my hair to match the extensions. I have an appointment made.

Right now I have them in and I am just wearing them around the house. They are very comfortable and do not feel as if they are sliding around. I am not in fear of them falling out. They are also not heavy like I feared they might be.

Here are the before and after side by side. 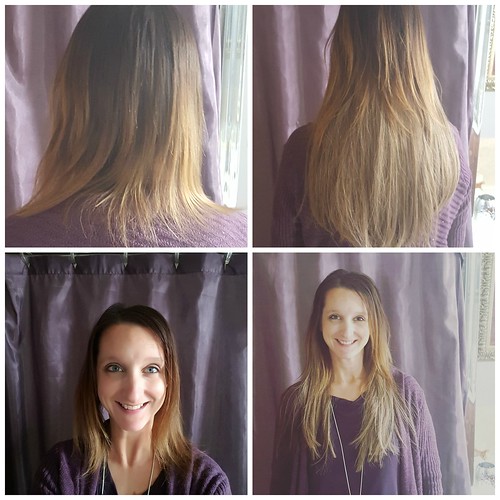 So much better. Right? I will play around with curling them so my hair blends in a little better.
Later this summer I may try a hair topper. Although, I may find these extensions are all I need. All I know is I am going to be OK with getting a little bolder embracing -wearing someone else’s hair. As long as I feel good about myself who cares if it is not mine. Right? 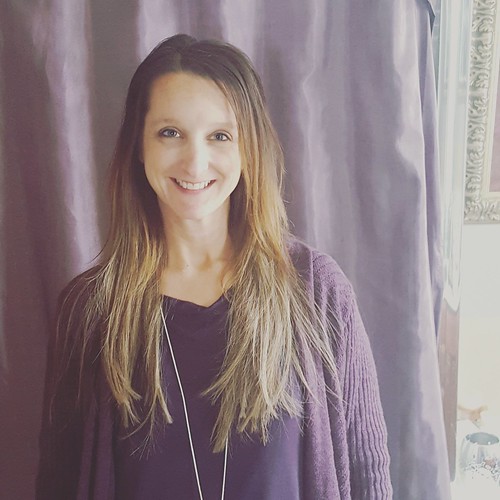 They have no idea who I am. There will be no compensation for me. I just wanted to share my story in case anyone else struggles with the same insecurities about their hair as I do. 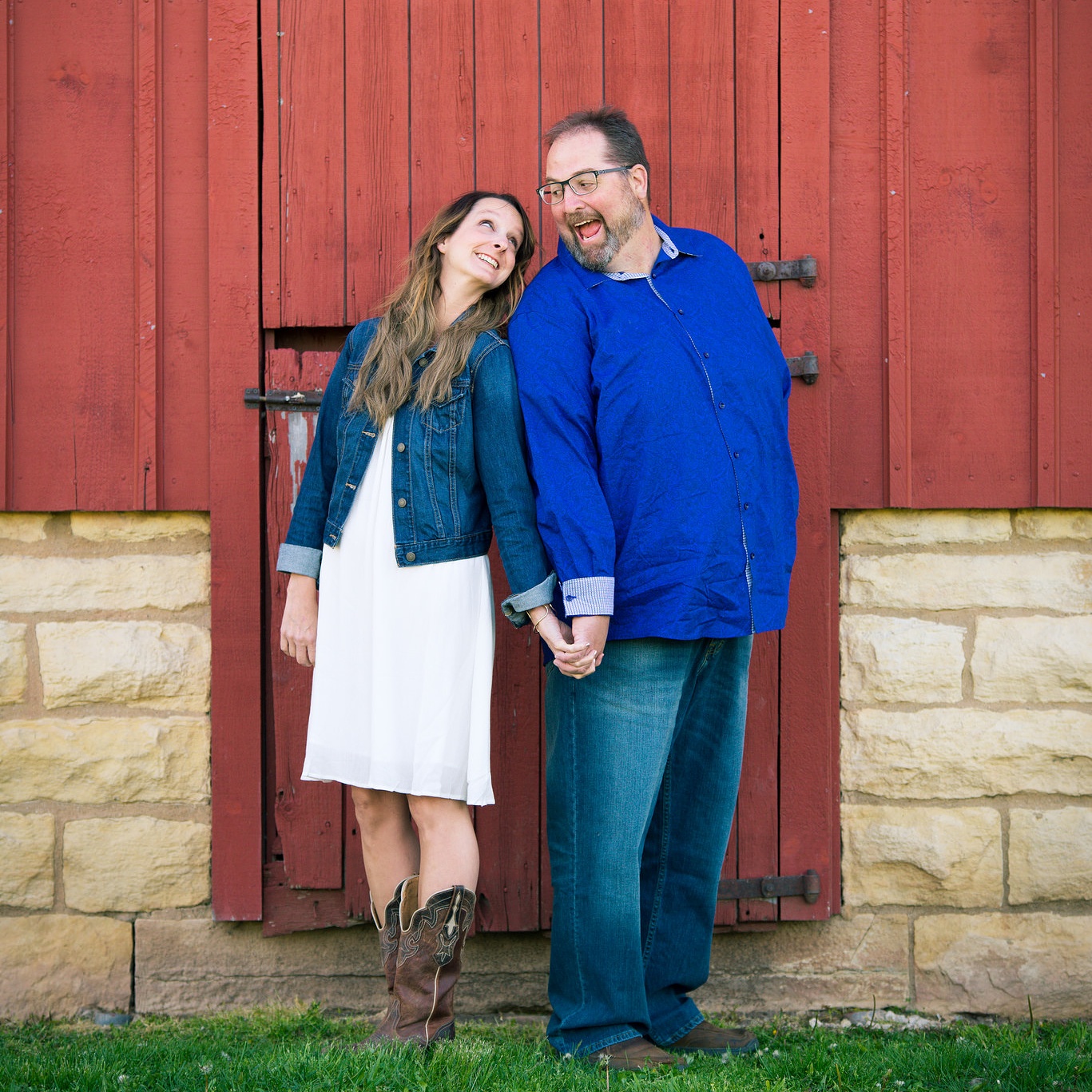 Hi! I'm Tanya. I think moms need friends, especially those a little farther down the road in this crazy thing called life. Read more about me here.

Get posts sent straight to your inbox.

Hi! I'm Tanya. I think moms need friends, especially those a little farther down the road in this crazy thing called life. Read more about me here.

"Speak the truth in love, even if your voice shake

When he was a little boy Alec loved to catch the "

Get posts sent straight to your inbox.